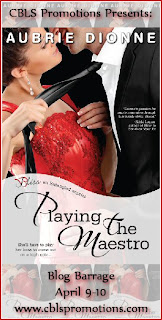 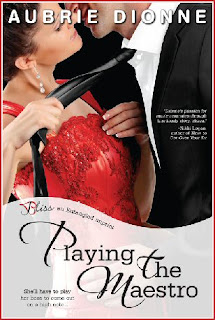 Melody Mires has sworn off dating musicians, but when the sexy European conductor Wolf Braun takes over her struggling symphony, her hesitation almost flies out the window with the notes of her flute—until he opens his mouth. Wolf is arrogant, haughty, and seems to have a personal vendetta against Melody. Oh, and he’s her boss. If she wants to keep her job as principal flutist, she’ll have to impress Wolf while simultaneously keeping her undeniable attraction to herself.

Wolf came to America to get as far away from his past as possible, and to recover some of the swagger he had as one of the world’s best maestros. He never imagined being forced to reassess the entire orchestra’s talent—and potentially fire anyone who doesn’t make his cut. Dating the attractive flutist is out of the question, but as their feelings reach a fever pitch, can they risk both their careers for a chance at love?

“Bad date, huh?” Carly ran her cleaning cloth through her oboe as her reeds soaked in a tiny shot glass on her music stand. Violins screeched around them while a French horn blatted arpeggios. It wasn’t exactly the best environment for discussing Melody’s dating habits.

“Let’s just say two hours of listening to a guy talk about his Stradivarius is less than enticing.”

Carly stuck her reed in her oboe and blew a tentative note. Ever since the board of directors had turned off the AC to save money, she’d pulled her pin-straight blond hair in a tight bun and wore shorts and sandals to rehearsal. “Which one is he, Mel?”

Melody considered letting the conversation drop. What did it matter? Every one of the musicians she’d dated was the same as her: burned out from practicing to beat the chair ahead of him, teaching five million lessons a day to make ends meet, scrambling for gigs two hours away on the weekends, so involved in a dying art form that he didn’t even know the Bruins were an ice hockey team.

What she needed was a nonmusician, a gorgeous firefighter or a clean-cut Gillette commercial model in a business suit. Yes, a lawyer who worked to defend the innocent would be nice, or a veterinarian for homeless and sick animals—someone who didn’t think the world revolved around him. But she didn’t travel in those social circles. She was stuck in the stuffy bubble of the classical music community.

“So you gonna tell me, or do I have to guess?” Carly set her oboe across her lap and shuffled through her sheet music.

Melody leaned over and whispered in her ear. “Blake Templeton.”

Carly gave her a shocked look. “Not Blake?”

“Yup.” She assembled her flute to try and look like she was warming up, thinking about the disastrous date with the orchestra’s personnel manager. “Good thing it didn’t work out, or everyone would think I was dating him just so he’d tenure my position.”

“I’m surprised he’d ask you out, what with his sister and all…”

Melody rolled her eyes. “Why would a flute prodigy from Julliard want this little Civic Symphony seat anyway? Seems to me a girl who played the Mozart G Major concerto in front of the New York Phil at age seven could get a seat in any orchestra. Age seven. When I was seven, the only thing I was playing was pretend flute on my toothbrush.”

Carly shrugged as if she’d told her this flute whiz could tie her own shoes. “You’re better than you think. You could give Blake’s sister a run for her money any day.”

“Thanks, hon.” Melody twirled her dark curls behind her head and stuck a pencil in to hold the knot. “Like I said. I swear never…”

The orchestra quieted around them. A man with dark chestnut hair flowing in waves around his broad shoulders took the conductor’s podium and tapped his baton on the music stand. Blue eyes that reminded Melody of the Atlantic Ocean on a sunny day surveyed the orchestra. He pursed curvy lips framed by a strong-ridged jaw and gorgeously high cheekbones and gestured to Carly to give the tuning pitch.

Melody was glad the woodwinds sat in the back so he wouldn’t hear her audible gasp. “Who the hell is that?” She thought she knew everything happening with the orchestra.

Carly nodded to him and switched on her tuner, clipping a small mic to the bell of her oboe. She spoke out of the corner of her mouth. “They just introduced him on the website this morning. Their latest surprise: Wolfgang Braun, the guest conductor from Berlin.”

Melody stared in disbelief, thinking Chris Helmsworth’s Thor must have had a better-looking, long-lost cousin in Germany. Since when did conductors lift weights? She’d never have to force herself to look up for cues again.

Review
“Dionne’s passion for music resonates through this lovely story. Brava.”--Nikki Logan, author of How to Get Over Your Ex 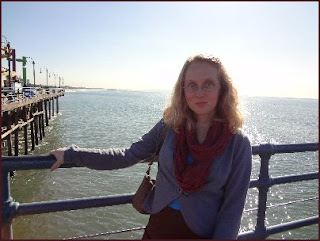 Aubrie grew up watching the original Star Wars movies over and over until she could recite and reenact every single scene in her backyard. She also loved The Goonies, Star Trek the Next Generation--favorite character was Data by far--and Indiana Jones. But, her all time favorite movie was The Last Unicorn. She still wonders why the unicorn decided to change back to a unicorn in the end.

Aubrie wrote in her junior high yearbook that she wanted to be "a concert flutist" when she grew up. She majored in flute performance at the University of New Hampshire on a full scholarship, then secured two teaching jobs at a University and a local community music school. While playing in orchestras and teaching, stories popped into her head, and she used them to make the music come alive for her flute students. Her students said they were so good, she had to write them down! Maybe they were right, who knows? Two careers seems to keep her busy. For now.

She is represented by Dawn Dowdle and writes sweet and adventurous fantasy, science fiction, and contemporary romance.

a Rafflecopter giveaway
Posted by Nikki at 1:00 AM