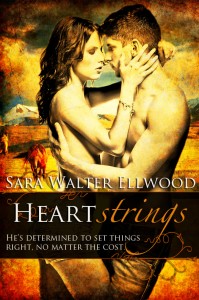 Blurb: He’s determined to set things right, no matter the cost.
The last person Abby Crawford wants to face down is country music superstar Seth Kendall. Last time she did, she flat-out lied so he’d go to Nashville without her. She’s never understood why their mutual best friend proposed, but she went with it so her baby wouldn’t be fatherless. Now she’s a divorced mother of a teenager, and secretly Seth’s biggest fan.
Seth is home in McAllister, Texas for his father’s funeral…and a chance to meet the daughter he’s never known. He’s willing to face the music of his own making and admit he’s known about his little girl all along. For fifteen years he’s kept his distance because Abby told him to follow his dreams without her, insisting she didn’t’ love him. But now he won’t leave until he knows his daughter and she knows him, even if it means facing the woman who broke his heart for good.
Confessing she’s lied about her daughter’s paternity all these years won’t be easy for Abby, especially with her ex blackmailing her to keep the secret. And Seth doesn’t know the hardest truth of all: Every love song he plays on his guitar still plucks her heartstrings.

Review: I wont lie. I'm hooked when it comes to sexy country singers...There is just something about them! So of course, when I saw this title, I had to snatch it up.

It certainly did not disappoint. What I found within the pages of Heartstrings is an emotional story about second chances, coming clean, and forgiveness.

If you had the chance to chase your dreams, would you do it? Seth had a hard decision to make. He could get as far away from his Texas hometown and the meories that surrounded him. One thing could keep hom there, and that was Abby.

One fateful decision could change the course of your life.

Seth now has a chance to have everything he ever wanted. Yes, he has his stunning career, but there's just a few things missing in his life. A family. love.  The woman he never forgot and never stopped loving.

Heartstrings is full of emotion, heartbreak, lies, and deception. The characters were well rounded and I fell in love with Seth, Abby, and Emily.  I laughed, I cried, I got angry, and this story took me on a wild ride that tugged on my own heartsrings. I couldn't put it down!

Heartsrings is highly recommended from this reviewer!  Who doesn't love a good second chance story filled with music, laughter, and love?