Happy Saturday, friends and readers! I hope you're having a good weekend so far. Today, I'm pleased to be hosting J. A. Redmerski, author of The Mayfair Moon.   J.A. is guest posting about Harry, a character from the book. I hope you enjoy!

In J.A. Redmerski’s debut novel, a YA/Adult Crossover Paranormal Romance titled THE MAYFAIR MOON, Adria’s best friend, Harry, has easily become one of readers’ favorite characters. He’s charming, loyal, funny and protective. But what also makes Harry so different from other characters in the book is that like Adria, he’s also human and finds himself pulled into a secret world dominated by beastly werewolves. 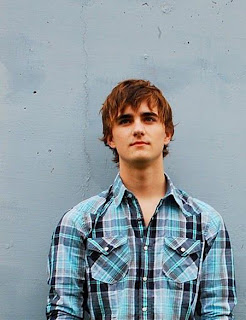 Here are 10 things you didn’t know about Harry told by a Praverian, who, due to the clandestine nature of Praverians, cannot be named at this time. For now, we will refer to her simply as ‘G’.


-About THE MAYFAIR MOON- 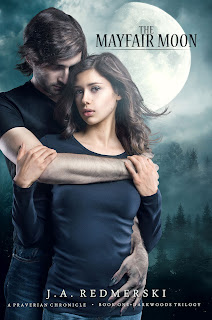 After a nightmarish encounter with a werewolf, seventeen-year-old Adria Dawson loses her sister, but gains the love of a mysterious young man and his legendary family.

Strange and tragic things begin to happen in the small town of Hallowell, Maine: residents come down with an unexplainable ‘illness’ and some disappear. In the midst of everything, Isaac Mayfair is adamant about keeping Adria safe, even from her sister whom he has warned her to stay away from.

As unspeakable secrets unfold all around Adria, impossible choices become hers to bear. Ultimately, no matter what path she takes, her life and the lives of those she loves will be in peril. As she learns about the werewolf world she also learns why her place in it will change the destinies of many.