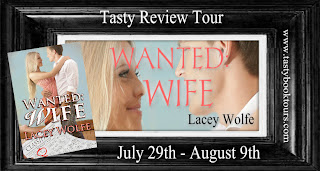 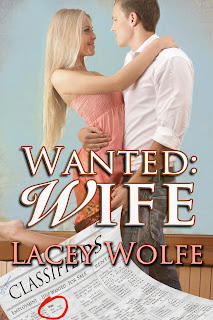 Help Wanted: A Wife
Darcy White can't believe she's answering a help wanted ad from someone looking to hire a wife, but she's hit rock bottom and is on the verge of being evicted from her apartment. When she learns that the guy she had a crush on in high school is the one looking to hire, she'd be crazy not to live out her fantasy.
Steven McDonald needs a wife, or at least a fiancée, before his grandfather retires or else he won't inherit the family business. He knows not just any woman will do, and in a desperate attempt to find a solution, he places a help wanted ad in the local paper. The day Darcy White answers it, his dreams begin to come true.
As Darcy and Steven pretend they're engaged, they make a promise to keep things platonic. But the more time they spend together, the harder it is to keep their hands off one another. With his grandfather's retirement approaching, and the possible end to their fake engagement, can Steven and Darcy admit their feelings to not only themselves but each other?
Content Warning: contains adult language and sensual love scenes 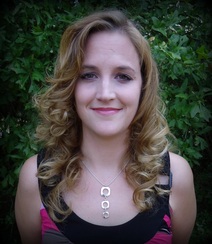 Lacey Wolfe has always had a passion for words, whether it’s getting lost in a book or writing her own. From the time she was a child she would slip away to write short stories about people she knew and fantasies she wished would happen. It has always been her dream to be a published author and with her two children now of school age, she finally has the time to work on making her dream come true.

Lacey lives in Georgia with her husband, son and daughter, their six cats and one black lab who rules the house.

As Steven entered the kitchen he said, "I'd love a cup."

Steven leaned against the counter. Darcy poured water into the coffee maker and then scooped the coffee in. After she pressed the brew button, she turned and stared back at him.

Steven laughed. "Your parents were kind." He reached his hand out toward her.

Darcy walked to him, taking his hand.

"Your dad gave us his blessing."

"I had no doubt he would. Your family is well known."

Steven wasn't sure what had come over him, maybe it was the scotch he'd shared with her dad, but he couldn't resist the beautiful woman in front of him. He tugged her to him, and her body molded against his perfectly. With his free hand, he pushed her hair behind her ear and then pressed his lips to hers. He expected resistance from her, but she opened up right away, wanting the kiss as much as he did.

Sliding his hand around her neck, he tilted her head so he could deepen the kiss. Her fingers danced around his waist and the little sensation went straight to his groin. Releasing her hand, he gripped her waist and pulled her into him. He was hard and it pressed into her and she didn't seem to mind. Damn this woman! She should be pushing away from him, reminding him they were to stay friends, but instead he kept hoping her hand would find its way lower.

Could they do this once and then pretend it never happened? His erection was telling him yes, but his brain was telling him no. He started to pull away from the kiss, but Darcy wouldn't let him.

God, he was turned on and wanted to touch her, taste her, explore her. He needed her!

"Stop, Darcy." He pushed her off him.

She stepped back, a shocked look on her face.

"I can't control myself. I want to take you to bed so bad."

"I want that too." She moved closer to him again and wrapped her arm around his neck and let her other hand dangle at his waistband. "Can't we have a little fun?"

Do it or not? Yes or no? His core ached and taunted him. Taking a deep breath, he decided to listen to the head below.
He lifted Darcy up and sat her on the counter. His lips were everywhere. Her neck, collarbone. His hands were greedy as they worked the buttons on her blouse. "Stop me now, Darcy."

She gazed into his eyes and then cupped his erection through his pants. "No."

Review: An ad in the paper....for a wife? Unheard of! Crazy! Yet....intriguing. One would have to wonder what makes someone put a wanted ad out like that. Call it desperation, call it- fate?  Call it an unforgettable journey for two people that go into a deal with one idea, but could possibly come out with something even better- love.

The title and blurb alone caught my attention. I love stories like that! And the book itself delivered just what I'd hoped for- a sweet, engaging story with a lot of fun, a bit of heat, and a well deserved happily ever after.

Ahh, Darcy and Steven. They knew each other in high school..or at least, knew of each other. They ran around in different circles. Steven was the kind of guy Darcy only dreamed about being near. Darcy was the girl Steven always wanted to know, but never pursued.  Now fast forward into adulthood, and who knew when he put that ad out how things would change?

Steven just wants to run a company, and of course, a family member has put a stipulation. He's had enough heartache and isn't really looking to settle down. Darcy is down on her luck and needing a fresh start. She's all out of money, and frankly out of options. That one ad changes their lives. It's all a game of charades until real feelings get involved.  Then, things heat up as the two begin to fall in love, but the obstacles of life and their inner demons could keep them apart.

Wanted Wife is a sweet story that grabbed me from the start. I love Darcy and Steven! I  love the story line and the easy flow of the book. I read it in just a few hours.  The characters are memorable and I can relate to both of them on many levels. It's emotional, engaging and fresh and I enjoy Lacey Wolfe's writing style. I think I need to kick myself in the butt for not picking up a book by this author sooner. Well, no worries now, because I'm not going to stop at just one.

I recommend this book to anyone looking for a lighthearted romance that grabs the reader by the horns and says "Hold on, we're going in for the long haul *aka the end* because that's exactly what happened to me.

a Rafflecopter giveaway
Posted by Nikki at 2:00 AM