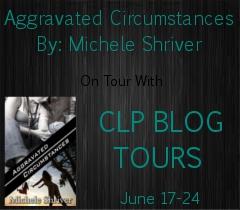 A family can be torn apart in an instant. Putting it back together is a harder task.

A relapsed addict opens the door to find a cop with a search warrant, setting off a chain of events that will cause four lives to intersect.

Devin Lenox has already lost one child to the system and this time she vows it will be different. If she’s going to make it, though, she’ll need something she’s never had before- someone on her side.

Her battle with depression behind her, Elisa Cahill looks forward to resuming her legal career. Devin’s case seems like the perfect opportunity to do that, and bury her own past demons in the process, at least if old grudges don’t prove to be her undoing.

Child protection worker Taylor Ross struggles to balance a social life with her demanding job and has little sympathy for people like Devin, at least at first. When Taylor starts to see Devin in a new light, she finds herself at odds with her superiors. Will she be willing to go to bat for Devin, and what price will she pay if she does?

Sarah Canfield is a compassionate judge who is not afraid to make difficult decisions, but will her past link to Devin undermine her objectivity and cause her to put her own family at risk?

A look inside the child welfare system, the people who work in it and the lives it impacts, Aggravated Circumstances is a story of despair, hope and recovery. 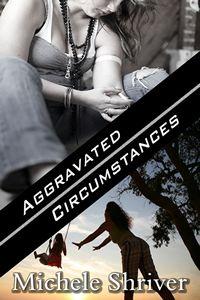 
Casting the Movie of Aggravated Circumstances
One of the things that helps me as an author is to have a visual image of my characters in my head, and one way I do that is to try to cast the movie, deciding which actors and actresses would play key roles in the event my book is ever made into a movie (hey, a girl can dream!). Here’s the cast I assembled for Aggravated Circumstances, and the reasons for my choices:
Scarlett Johannson as Devin.  She’s a little older in real-life than Devin, which I think is okay in this role. given Devin’s rough life, and she has the right look.
Natalie Portman as Taylor. She has the right attributes to handle both Taylor’s brashness as well as her vulnerable side.
Charlize Theron as Sarah. My favorite actress, and her look and acting choices would be great for this role. Given her stance on equality, I like to think it’s a role that would appeal to her.
Julia Roberts as Elisa. One my critique partners doesn’t think Julia is right for the part, but in my head I can picture her saying Elisa’s lines.
Jennifer Aniston as Kelsey. She does playful, flirty and snarky well, and those are signature Kelsey traits. She has to go red for the role, though.
Chris Hemsworth as Colin. His eyes are stunning, and so are Colin’s. I think he’s a good fit for sexy doctor Colin.
Chad Michael Murray as Nate. I like his looks for the more blue-collar Nate.
That’s my dream cast of actors I’d love to see in a movie version of the book. Obviously, given their star power and the salaries they’d command, it would never happen, but it was still a fun exercise to come up with my cast. 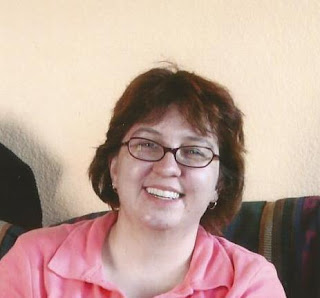 Michele Shriver currently lives in Iowa, by way of Texas and is proud to call both states ‘home,’ which sometimes means poking fun at them, but always in the nicest way possible.

Michele is a practicing attorney, with emphasis in family and juvenile law, who dreams of someday paying the bills as a writer and being a recovering attorney. If that happens, you’ll find her spending winters in Dallas taking in as many Dallas Stars hockey games as possible.

When not working or writing, Michele is probably at Zumba class, riding her bike, watching a hockey, football or soccer game on TV or enjoying a glass of Chardonnay on the patio while reading a good book written by someone else.