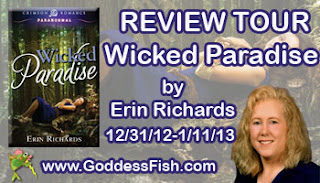 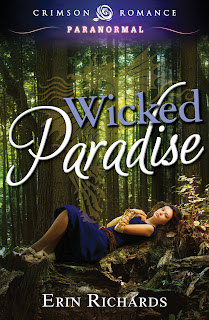 Balanced between the future and the past lies a pre-utopian paradise that may be mankind’s last hope for survival. Yet the island hides a sinister secret…a fearsome demon from ancient Ireland is imprisoned there and it’s about to escape to the twenty-first century.

Desperate to save a future post-apocalyptic world from total destruction, sorcerers send the most powerful sorceress from medieval times, Morgan of the Druids, through time to an island prison to kill WindWraith, the long-imprisoned Fomorian demon.

After a deadly squall tosses Druid-assassin Ryan O’Rourke into the Pacific Ocean, he washes ashore on an unchartered island brimming with magic. Ryan’s determined to find a way to return to Earth’s wasteland to battle the resurrected Fomorians plaguing the dwindling human race. When he stumbles across the enchantress who tantalizes his dreams to the point of madness, his plans turn upside down. For she stirs in him a hunger that puts his life’s purpose at risk.

Morgan has no choice but to kill the Fomorian before it kills her. But Ryan has other plans for the demon . . . Now Morgan and Ryan must decide between love and duty in a perilous race against the evil that could destroy Earth.
~~~~~~~~~~~~~


"Drop your magic, sorceress. There's no call for that. I said I won't hurt you," he ground out, a tic in his jaw visible. "You sure as hell don't want to cross my magic." Ryan leaned forward as if to force his threat upon her.

Best she calm him lest his earlier regard for her wellbeing turned ugly. "I mean you no harm. I have much to explain to you." She'd tell him only enough to accomplish her goals. Otherwise, Fate determined. Wariness stiffened her spine. Her own mistrust over this peculiar twist had a ways to go before they granted her a moment’s peace. Reconciliation within her confused mind was leagues away on a road she would have to traverse all too soon if the farfetched truths rising to light in her head gave any indication.

Ryan released her and held out a hand. "Give me the pendant."

Reluctantly, she dropped it into his palm. As he slipped the thong over his head, old memories stopped her heart for an instant, freeing it with a jerk. With dawning horror, she recalled the invocation of the charm's spell.

"No!" She jumped up and clawed for the amulet, her fingernails raking his chest. Crimson drops welled up on his skin, burning her fingertips.
Too late. The amulet held her touch. And the right combination to set the spell in motion.

REVIEW:  A mix of everything to satisfy the eclectic romance genre junkie, Wicked Paradise delivers a wild tale of time travel, fantasy, paranormal, dystopian, and so much more. The world building and back story in the book is well done! I know sometimes it's hard to build a world and not get too bogged down with it, but that's certainly NOT the case in Wicked Paradise. I was sucked in from paragraph one.

Ryan and Morgan are the main characters, set in two different worlds, but brought together for a much bigger mission. The two have an attraction hot enough to cook on right away, and that tension is only built upon as the hurdles are brought before them.

Overall, this story blew me away. Riveting, intriguing, and scenes so well written the reader feels like they are front and center in the middle of it all, this was a magical, sexy, beautiful adventure that I was glad to have taken a ride on.  A job well done to this author, and I await and anticipate much more! 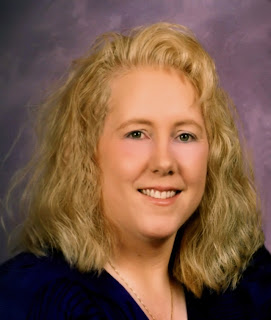 
A voracious reader since childhood, it was no hard leap to recognize that Erin wanted to be a writer at a young age. After bemoaning the lack of young adult books to read, Erin wrote her first novel at the age of eighteen hoping to shift the tide. Then everyday life took its toll on her writerly dreams until 2003 when she couldn’t ignore the writing bug any longer. By then, she had immersed herself in reading adult fantasy and romance novels. Writing paranormal & fantasy romance was a no brainer. Her first novel CHASING SHADOWS, a paranormal romantic suspense, is now available in print for the first time. Crimson Romance released her second novel WICKED PARADISE, a fantasy romance, on August 13, 2012. Erin will finally realize her lifelong dream of publishing a young adult novel when VIGILANTE NIGHTS debuts in July 2013.

Erin Richards lives in Northern California where she drafts and negotiates high-technology contracts during the day. When she’s not working or writing, she enjoys reading, photography, and American muscle cars.