“You can’t imagine, looking backward, watching the world change as you try to adapt. Most of us go mad after a century or so, after everyone we love is gone.  Our very existence no longer seems relevant to anything.”
~Vampire Christian Du Mauré, Immortal Obsession

Christian Du Mauré
I am rarely asked such questions as ‘what were your favorite time periods to live through or what do you think about the changing world?’   Since I agreed to this interview and these questions, I shall tell you my story as honestly as I possibly can.  Just because I am a vampire doesn’t mean I remember every moment of the past 275 years.  Some things have slipped away as their importance diminishes and other events I remember as if they happen only yesterday.   I guess I have been afforded the luxury of having many hours to reflect on the myriad of changes I have experience since I was born in Meudon France in 1737.
One thing that stands out is being able to look back. Although I experience life going forward like everyone else my life has not ended and so, as time passes, I can turn and relive it, over and over again; picking and choosing moments that at the time were revolutionary and yet, how far-reaching they would become could not be known to either me or Michel.

As I mentioned, I was born in Meudon France in the fall of 1737.  Just short of my twentieth year I was made vampire.  I quickly left home for Paris with my maker, Gabrielle and my best friend Michel Baptiste, who had gone down the road of the undead before me.  I lived a relatively happy life in Paris, even through some of the revolution, but Michel and I fled Paris in the summer of 1790.  To understand why, please read Immortal Obsession, but for the sake of our interview, all I can tell you is that my reason for leaving home had little to do with my countries’ politics and more to do with my self-preservation and the keeping of a promise.     I had a mortal lover you see, who asked me to save her daughters’ life, which I did by sending her off to London with one of the many French families fleeing Paris.
After winning our freedom from our maker Gabrielle, Michel and I left Paris on a summer night.  I turned my back on my lover, Josette Delacore, realizing I would never see her again but not knowing that I would never come home.  At that time I had been vampire for only thirty-three years, what did I know about time, regret and guilt and how it can eat away at you? So, we went to London so I could watch over Solange Delacore, the child of my mortal lover.
I must confess I hated London.  It would be easy to say it was culture shock, or having to learn English.  Michel mastered it quite easily but I had trouble and even to this day it is said I carry my French accent with me.   I was in such a terrible state of mind.  I missed Josette and I took out my anger on my prey.  It was a continual blood bath for me which eventually landed me in captivity for a very long time. You see, Michel was trying to save my life the only way he knew how.  I had only lived in London for ten years before being locked away for thirty, so when he chose to release me it was 1840.
We dressed differently, road in larger carriages and had a new queen and still, I hated London.  Then circumstances caused us to set sail for New York in the spring of 1847.  It’s hard to describe New York as it looked that first night when we docked near Battery Park. I will never forget the smell of the newly built wooden houses, the smell of soil and sea air.  There was much commerce with ships coming into the harbor daily.   We took refuge in a church; never believe that vampires cannot enter holy places.  We lived in a small church on Fifth Avenue.  I can’t remember the name of it and of course, it no longer exists, but we had our freedom and thankfully, I was out of London.
The next summer, The New York Herald reported on the discovery of gold in California. Babette Proust, a descendant of Solange Delacore, travelled west with her husband and daughter, Monique Moulin.  Of course, I had to follow them and the discovery of gold afforded us the perfect opportunity to travel west.  The tiny California town of Yerba Buena was renamed San Francisco and so we did what thousands of immigrants did; we boarded a ship carrying goods to San Francisco.  We had little money yet we did not doubt we could persuade mortals to part with their gold nuggets once we got there. We hid in steerage, in the bowels of a ship. That journey is for another time, but let me say that we struggled to stay alive while trying not to murder the crew.  We had no idea how to manage a boat, so after killing off all the rats onboard we bled the crew slowly, over the course of months until we eventually landed in San Francisco harbor in 1850. 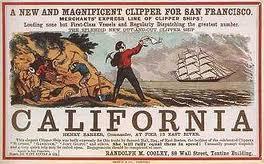 The town was small apparently being rebuilt after a devastating fire in 1849 and there was much confusion as well as optimism.  The harbor was filled with hundreds of ships, abandoned by their crews as men headed for the gold mines inland. Michel and I lived onboard various ships as long as we could, sleeping during the day and hunting when the sun went down, until finally we decided to make our way into San Francisco.
We never lacked for prey.  There were so many immigrants pouring into the town that no one was missed. Eventually we stole enough gold from unsuspecting mortals we were able to buy a home of our own.  I would have much preferred the interior of California, near the Sierra Nevada goldfields but Michel loved city life and so we settled in San Francisco until 1900 when Monique Moulin headed east to New York City.  Michel and I abandoned our home and boarded a train heading east.  The country was changing so rapidly it’s hard to describe.  While we lived in Paris we paid no attention to the New World, a land of peasants and savages so far away.  We were more concerned with the English.
We are vampires, not men and yet somehow we got caught up in your Civil War.  It was ghastly and there was nothing civil about it.  Michel and I have experiences ma y of your revolutions.  We have tried to avoid them, but since we chose to live in your world, we become unwilling participants in all your affairs. The entire country had been through so much and it seemed that wherever we went, revolution followed. I mean, we lived through the French Revolution, witnessed your westward expansion as more and more immigrants came to San Francisco wiping out cultures along the way. I don’t mean to sound callous; not that I welcomed so much death, but I understood it.
You had a president, one Abraham Lincoln, who by the way I regret never having the pleasure to meet.  He impressed me so: humble beginnings, trying to unite ideologies that begged to fight a war instead.  When I read about his assassination I wept.  Something about him had taken hold of me and as an avid reader I have read much about the man.
Now I live a stones’ throw from Central Park and my favorite place, Bethesda Fountain. 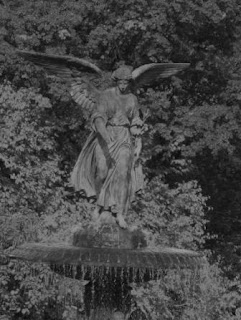 ~
Thank you for stopping by and please read Immortal Obsession to learn more about my life in Paris and New York and the young woman who changed it all. 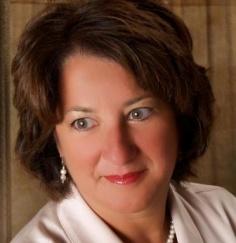 Author Denise K. Rago would love to share her website link which is www.denisekrago.com.  Please visit as there are reviews, interviews, buy links and guest posts.  Readers can get a clearer sense of who I am and what the buzz is about my novel.  I am currently working on the next two novels in The Enchanted Bloodline Series.  Look for Blood Kiss in the spring of 2013.
I can also be reached on Facebook and  Goodreads as I have pages on both sites.

Author Denise K. Rago would love to share her website link which is www.denisekrago.com. Please visit as there are reviews, interviews, buy links and guest posts. Readers can get a clearer sense of who I am and what the buzz is about my novel. I am currently working on the next two novels in The Enchanted Bloodline Series. Look for Blood Kiss in the spring of 2013.
I can also be reached on Facebook and Goodreads as I have pages on both sites.