Today I'm part of a virtual book tour through CLP and I've got Shelly Hickman on the blog for an interview!


Welcome, Shelly! So glad to have you here with us today.


tell me about yourself, and your writing.

I grew up in Las Vegas and live here with my husband and two kids. My “real” job is teaching computers to sixth, seventh, and eighth graders. My fantasy job would be to sit around drinking lattes all day while writing. But I’m a realist and know that writing all day for me would translate into about two hours at best, and the rest of the time would be wasted on Facebook or Twitter. I’m beginning to relate to the short attention spans of my students.


How long have you been writing? How many published books do you have, and what genres?

I have been writing off and on since high school. I have two self-published books. My first book, Believe, might be considered inspirational/contemporary fiction. My second book, Somewhere Between Black and White, is closer to women’s fiction/chick lit.


Do you write in multiple genres or just one? If just one, do you ever consider straying outside your genre?

I’m a writer of contemporary fiction. I like to include romance in my stories, but don’t really consider them traditional romance novels. I’ve learned that true romance novels are supposed to follow a certain formula, which my writing doesn’t. I’ve not really considered straying outside my genre. My husband is always teasing me to pursue erotica because he says that’s where the money is, but I don’t think that would go over too well given that I’m a teacher and I don’t use a pen name.


Are you a plotter or do you write from the seat of your pants?

Definitely by the seat of my pants. I mean, I’ll start with a general idea, of course, but I don’t usually have a plan for how to get from point A to point B.


What is a typical writing day like for you?

Sadly, I don’t have a typical writing day. This past school year, I haven’t really written at all, between work and taking classes. I just started something new a couple of weeks ago and I’m hoping to devote a good portion of my time to it this summer.


Who do you love to read? Favorite authors, favorite books?

I love humor. Nora Ephron is one of my favorites. I recently began reading fiction again, chick lit, in particular. I enjoy the light, witty themes that are basically written versions of romantic comedy films. Surprisingly, I’ve never been much of a reader of novels. I read the last two Harry Potter books simply because I adored the movies and had to find out how the story ended, but my preference is self-improvement type stuff, like the Dalai Lama, Deepak Chopra, etc. Right now I’m reading the Dalai Lama’s “The Universe in a Single Atom: The Convergence of Science and Spirituality”. Makes me sound pretty intellectual, eh? A lot of it’s over my head, but I try.


What is something you'd like to accomplish in your writing career next year?

I’d like to find my niche. I feel like I haven’t found it. I would also like to do a better job of reaching out to and connecting with readers, but the thought of committing to a blog horrifies me.


If you could have one paranormal ability, what would it be?

That’s an easy one.
I lost my oldest child to cancer when she was eight years old. If there really is such a thing as the ability to communicate with those who have passed on, I would do anything for the chance to speak with her again; through me, not through someone else. There are too many shysters out there who take advantage of those who are grieving.

If you could keep a mythical/ paranormal creature as a pet, what would you have?

I guess it would have to be a kraken, only because it would be fun to command, “Release the kraken!” But I’d need a bigger pool.


Tell us a little about your latest release.
It seems like most people fall into one of two categories. There’s the type that sees most situations as black and white, and there’s the type who believe there can be extenuating circumstances that drive people to behave the way they do. “Somewhere Between Black and White” is the story of a woman, who has difficulty seeing the grays in a set of circumstances, but then she meets a man who is unusually tolerant of others’ imperfections, and she starts to take a closer look at the way she views people. My message in “Somewhere” is that we often assume the worst motives in people, but if we knew the reasons behind their actions, we might be less critical.


What is something that you absolutely can't live without? (Other than family members)

Sugar. I have a wicked sweet tooth.


Could you ever co author a book with someone? If so, who would you choose, and what would you write?

I think co-authoring with someone would be very, very difficult. For one thing, I’m an admitted control freak. For another, I would constantly be worrying that I didn’t contribute my fair share, that my name was attached to something I didn’t earn. But, my desire is to write funny, lovable stories that also have spiritual lessons, or remind us to focus on what’s important in life, so if I could enlist the help of the Dalai Lama…

If you could spend a day with anyone from history, dead or alive, who would it be, and what would you do? What would you ask them?
Jesus. I’m not saying that as an opening comment, I mean literally Jesus. And what wouldn’t I ask him? I’d be like an annoying three-year-old:
What do you think about all the conflict between religions?
How do you heal people?
Do you think there is only one true religion?
What makes us so judgmental and bossy?
Why do we have to suffer?
And on a personal note, how do I continue to teach middle schoolers without needing therapy?
I’m sure he would be rolling his eyes at me, begging me to take a breath, but I’d love to hear the answers from his mouth, not someone else’s.

What are some of your other hobbies outside of writing?
I wish exercise was one of my hobbies. Besides reading, I don’t have any others. Enjoying my family and friends is my hobby.

If you were on the staff to have a book adapted to movie, what would you pick?
Aside from the Harry Potter movies, the few times a book I love has been made into a movie, I’ve been disappointed, so I would probably choose a book I wasn’t crazy about.

What is a talent you wish you had, but don't?
It would be nice to have some athletic ability.

Weather: Hot or cold?
I hate both, but I always say if I had to choose, I’d rather it be cold because I can layer. When the AC breaks at my school several times a year, I can only peel off so many clothes.

If you could travel anywhere and do anything, no limits or money holding you back, where would you go?
So many places in Europe I would love to see. Ever since I was an art major, I’ve wanted to visit the Sistine Chapel to view Michelangelo’s beautiful ceiling, especially after they cleaned all that muck off the surface. My husband and I recently decided to save up for a trip with our kids to London this Christmas before my son starts college next year, so I’m really looking forward to that!


Thank you, Nikki, for hosting me on your blog and coming up with some interesting questions! 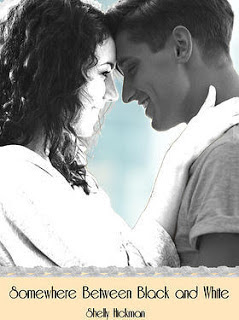 
Romance, humor, family drama, with a touch of Buddhism. Sound interesting?
When approaching life's problems, Sophie sees in black and white. That is, when they're someone else's problems. So when it comes to her sister, Sophie is sure she has all the answers, and offers them without hesitation. If only her sister would listen.

Then, through a series of chance encounters, she meets Sam, who is witty, kind, and downright unflappable. Sophie has the overwhelming sense that she's known him before, and as a relationship builds between them, odd visions invade her mind. Though she tries to dismiss them, their persistence will not allow it.

As someone who is quick to judge others, she is intrigued by Sam's ability to accept people as they are. She begins to see him as a role model, but try as she may, his accepting nature is difficult to emulate.

Will Sophie ever be able to put her hasty judgments aside and realize not every problem has a simple solution?

Review:  I LOVED TH E WIT in this novel!! Seriously, my stomach got a workout from some laughter. Like on the first chapter, how it's describing some of the students Sophie works with, and how one of them always makes "That's what she said" comments.  yeah....I cracked up!

So, if you couldn't tell, this book is funny!  But on top of that, it's well written, fast paced, and full of memorable characters. I love Sophie. She's a great leading lady and getting inside her head had some very interesting moments. Same with Sam, who is a perfect match for Sophie.  The story is so engaging and fresh and made for quick read. I really love the way Ms. Hickman writes and am certainly looking forward to much more! 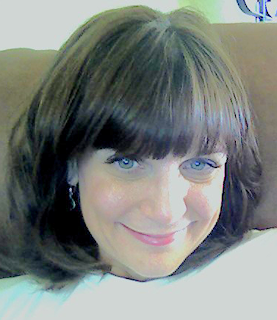 Living in Las Vegas since she was two, Shelly Hickman has witnessed many changes in the city over the years. She graduated from UNLV with a Bachelor of Art in 1990, and in her early twenties worked as an illustrator for a contractor for the Nevada Test Site. In the mid-90s, she returned to school to earn her Masters degree in Elementary Education. She now teaches computer applications and multimedia at a middle school in Las Vegas. She loves to write about people, examining their flaws, their humor, spirituality, and personal growth. Shelly lives with her husband, two children, and their dog, Frankie.