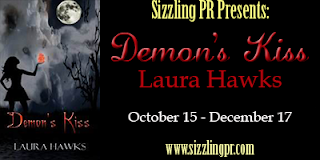 First off, tell me about yourself, and your writing.  A couple of years ago I received my master’s degrees in Native American History, U.S. History, and Ancient Civilizations. I have always had a love of history, especially Egyptian, Native American, Ancient Rome and Greece. I originally planned on writing history books, but I also enjoy writing for a role playing group on Facebook and suddenly a light bulb went off in my head that said... I can do both. So that is the direction I wish to take at this time. I love to cook in my “free" time, and I consider myself a foodie. I enjoy traveling and meeting people, hearing their life stories, learning about their culture and just experiencing the world.

How long have you been writing? How many published books do you have, and what genres?   I am a new writer. This is my first novel and it is in Paranormal Romance.

Do you write in multiple genres or just one? If just one, do you ever consider straying outside your genre? I have not thought about it much. As I mentioned, I am a new writer. Think I want to settle in as a Paranormal Romance author first, then go from there.

Are you a plotter or do you write from the seat of your pants? A bit of both. I need to plot out an idea, but then I just type away and let the story develop on its own.

What is a typical writing day like for you? I really don’t have one. My other commitments are too chaotic for me to have a routine.

Who do you love to read? Favorite authors, favorite books?   I thoroughly enjoy Sherrilyn Kenyon for paranormal romance. Graham Masterton and Edgar Allen Poe for Horror. Agatha Christie and Lillian Jackson Braun and Ed McBain for mysteries and O’Henry for short stories. I also enjoy Jules Verne and historical books.

What is something you'd like to accomplish in your writing career next year?   Have at least three more books published.

If you could have one paranormal ability, what would it be?   Teleportation. I would love to be able to go anyways I want with just a thought and a handbag. Especially when friends or family are in need of a shoulder to cry on or an arm for support. If I could flash to their sides, I would be so happy.

If you could keep a mythical/ paranormal creature as a pet, what would you have? A Pegasus. I adore horses and one that flies is thrilling to me. A little unknown secret. As a child, I would often dream of riding a Pegasus and doing good deeds from my steed.

Tell us a little about your latest release.
When her family was murdered, Clarissa found her life altered. As the new guardian for a very powerful gem that could change the very fate of the Earth and its inhabitants should it be lost, she willingly accepted the responsibilities to keep it safe.
A demon named Xon was after the abilities the gem would afford him should he get his hands on it.Azamel protected the world from demon kind. A demon himself, he was appointed judge and if need be, executioner to protect the various races that roamed the Earth. Now he had to hunt Xon and prevent him from obtaining a stone that could give him the edge he would need to rule, but to do this Azamel would have to work with a young wolf who had a chip on her shoulder.

What is something that you absolutely can't live without? (Other than family members) I would say my cats but that might be considered family members. So Chocolate?

Could you ever co author a book with someone? If so, who would you choose, and what would you write?  I am not sure at this time.
If you could spend a day with anyone from history, dead or alive, who would it be, and what would you do? What would you ask them? There are so many on that list, but I guess if I had to pick one it would be Hatshepsut, Pharoah of Egypt. She was a woman who stepped into a man’s role in a time when that was extremely rare. I would have loved to talk to her about her vision for ruling.

What are some of your other hobbies outside of writing?  Part of my problem really (Laughs). I love to cook, read, spend time with my kitties, dance, sing and volunteer for various causes and sci-fi/fantasy conventions.

If you were on the staff to have a book adapted to movie, what would you pick?  Hmmm,. I am not sure. Most of my favorite books have already been made into a movie or television show.

What is a talent you wish you had, but don't? I wish I could draw. I am lucky I can make stick figures.

Favorite color? I don’t have just one. I love four equally and especially together.. jewel tones... turquoise, royal blue, royal purple and fuschia.

Weather: Hot or cold? Cold. You can always bundle up, make a fire or hopefully find someone to cuddle with for warmth. There is only so much you can take off and then you are stuck.

Favorite place to read?  In front of a wood burning fire with a glass of wine and the cats curled on my lap.

Favorite meal: Believe it or not, I adore salads. With that, just about anything, though I am partial to pasta and chicken.

If you could travel anywhere and do anything, no limits or money holding you back, where would you go?  I would go back to South Africa and see the whole continent and Madagascar.

When her family was murdered, Clarissa found her life altered. As the new guardian for a very powerful gem that could change the very fate of the Earth and its inhabitants should it be lost, she willingly accepted the responsibilities to keep it safe.
A demon named Xon was after the abilities the gem would afford him should he get his hands on it. 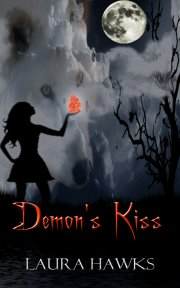 Azamel protected the world from demon kind. A demon himself, he was appointed judge and if need be, executioner to protect the various races that roamed the Earth. Now he had to hunt Xon and prevent him from obtaining a stone that could give him the edge he would need to rule, but to do this Azamel would have to work with a young wolf who had a chip on her shoulder. Could he succeed in time to save both of them... before it was too late? Or would Clarissa's mistrust doom them all?

About the Author:
I have always been interested in writing in some form or other. A few years back, I was involved with and then ran a Star Trek Interactive Writing Group which was successful for a number of years. Yes, I am a trekker and proud of it.
Then a few years back, I got my Master's Degree in Ancient Civilizations, Native American History and United States History.
It was at this time I got involved in role playing on FaceBook, which gave me ample opportunities to grow and hone my writing ability.
A published friend encouraged me to write my own book, and the rest, as they say, is history.


Excerpt:
“How do you know so much about the stone? Only a small few know it is in more than one piece.” Her wet lashes caressed her cheeks as she blinked, her breath caught with his tenderness. Again she got lost in those baby blues.
Azamel mentally cursed himself for letting that slip. His mind scrambled as he tried to think of a suitable reply that would placate her and repair the fragile trust they had between them. Thinking that this was probably the stupidest thing he had ever done in his endlessly long life, he leaned forward and took her mouth in a hard kiss. The intention was to distract her from her train of thought. However, the moment their lips met, everything changed. Her soft sigh as he pressed his tongue against hers jolted his body and mind. Keeping his hands in her hair, he deepened the kiss feasting on her soft mouth with a hunger that burned through his entire being.