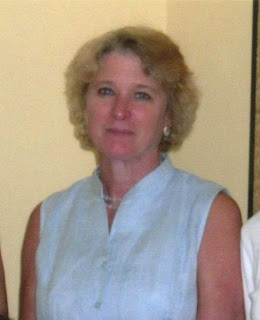 First off, tell us about yourself, and your writing background.

Sure. Although I’ve lived and traveled in five continents, the last 30 years have been spent mostly in Washington, D.C. as a librarian, Congressional staff assistant, speechwriter, editor, birdwatcher, kayaker, policy wonk, non-profit director and parent. I hold a BA from Vassar College, a Diploma in Arabic Studies from the American University in Cairo, and Masters in Anthropology and in Library Science from the University of Chicago. Today I divide my time among Virginia, Maine and Florida.
I’ve published four contemporary romantic suspense novels, Lost in His Arms and Lost and Found, both bestsellers at (www.redrosepublishing.com/books) and Losers Keepers and Triptych (of which more below) from Secret Cravings (www.secretcravingspublishing.com).
I am blessed with two fabulous grown children but only one cat (down from three, plus a dog, a snake and two hamsters). It’s a quiet household now, but since my study window looks on a park and river there is plenty of wildlife to distract me from my writing.
How long have you been writing?
Since my father gently curled my tiny infant fingers around a crayon. Or so it seems.
When did you know you wanted to write for publication?

I’ve always wanted to be published. It’s that pesky desire for immortality—to create something that will last long after I’m gone, even if it’s only a slim volume gathering dust in someone’s attic.
Are you a plotter or a panster?

Both. I start with a general outline of the story in my head, but once the writing begins it’s anybody’s guess what will happen next. Sometimes I’ll go back and reread an earlier book and have no recollection of coming up with some of the scenes. I don’t mind, because usually those are the best parts of the book. Elves?
What do you do to celebrate a release day?

I open the refrigerator and stare at the bottle of champagne on ice, then close the door because I’m really much too excited to eat or drink anything yet and anyway I need someone to celebrate with and after all I still have that interview to do so maybe I’ll put off celebrating until later…Sigh.
When you aren't writing, what are some of your hobbies and interests?

Eating, drinking (the previous answer notwithstanding); swimming and kayaking; bird watching and travel.
What's something about you that your fans don't know?

Golly, I’m thinking I’m an open book—all secrets revealed here. Well, they might not know that I’ve recently recovered from a horrendous flood—evacuation, floating furniture—the works. I don’t think anything I’ve done was quite as scary—or as exhilarating. Oh wait, flying across the sands on a fiery chestnut Arabian stallion right under the nose of the Sphinx might qualify. Or enduring a staring contest with the world’s smallest primate in the Peruvian Amazon (guess who won?).
If you could co- author a book with someone, who would you choose, and what kind of book would it be?


I’ve often wondered how the famous musical teams (Lerner & Lowe, Gilbert & Sullivan) worked together. How did they meld the music and lyrics so seamlessly? As for me, I don’t think I could co-author a book. It’s hard enough to allow my characters to tread their own path; how could I yield to another writer’s choice of words or action? Furthermore, if I were collaborating with a writer I admire, I’d be too intimidated to contribute, and if my partner were not up to par, I’d get heartburn trying to be nice.
What is something in your writing career you'd like to achieve that you haven't yet?


Enormous sales.
How do you feel about books adapted to movies?


I have rarely seen a movie that is better than the book—for example, Jurassic Park and the Harry Potter movies do not compare with their textual sires. On the other hand, many modern quick-off-the-press novels often make better movies (with the demise of copy editors and rise of Spell Check, reading a pulp novel can be painful—at least there are no typos in a movie). Perhaps a rule of thumb is to consider them completely independent creations and enjoy the features of each as they are.
What is your favorite thing about being a writer?


It’s fun to draw bits from my experiences—funny, tragic, strange, thrilling, whatever, and store it as a potential bit part in a future story. I also love rereading a passage I wrote the night before and thinking, “Wow, that’s really good—I wonder who snuck into my study and wrote that after I went to bed?” Oh, and sleeping late.
What's the hardest thing about being a writer?


Page six. By that I mean, once you’ve formulated a general outline in your head and sit down to write, the first five pages always flow swiftly from your fingers. Then about page six the inspiration slows down. After that it takes steady perseverance and plain hard work.
Do you write in one genre only? If so, do you ever think about writing in another genre? Which one?


My four published works are all romantic suspense. I have written some children’s stories that I really love—one, based on the Genesis story of the dove Noah set loose to find land, is wonderful but doesn’t seem to fit any genre or publisher so far. My children adore my series of the Adventures of Edward the Fly (yes, he’s a real fly—you can imagine the kind of research I had to do for HIM).
Who are some of your favorite authors?


Douglas Adams’ Hitchhikers Guide to the Galaxy; Lynn Truss’ Eats Shoots and Leaves; The Best of P. G. Wodehouse. A fourth, if I’m allowed, would be Julia Child’s My Life in France.
What would you like to see make a comeback, genre wise?


Historical drama. The plays of John Bolt (A Man for All Seasons), Jean Anouilh (Becket), and James Goldman (The Lion in Winter) were so richly written and evocative. When I was in college books and movies about English history were all the rage.
What is one of the strangest questions you've had to ask for research purposes?


This was quite an entertaining and fun interview! I had a blast. 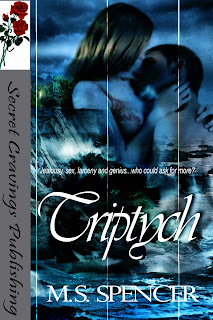 
I absolutely love romantic suspense, so I'll be checking out all of the books in M.S. Spencer's published books. Thanks again for coming by!